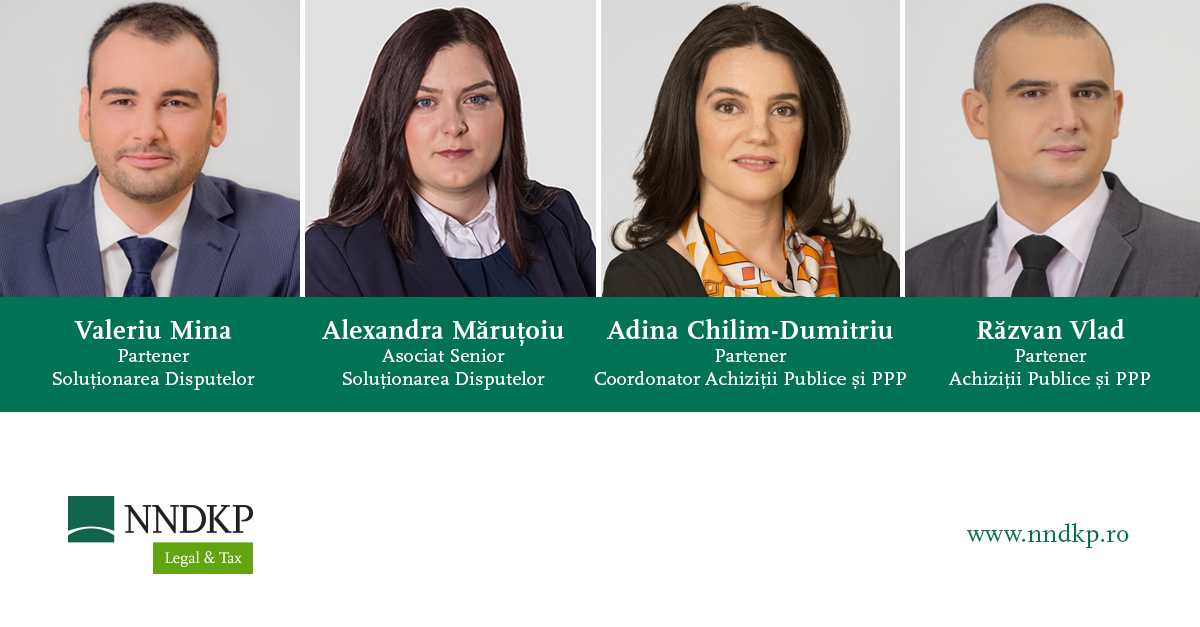 NNDKP has obtained a major success, confirmed by a final decision of the High Court of Cassation and Justice (HCCJ), namely the annulment of a fine in excess of lei 24 million (approximately Euro 5 million) applied by the Competition Council for allegedly establishing anticompetitive agreements intended to limit prices in the context of the promotional campaigns carried out at the level of food retail chains between 2005 – 2009.

NNDKP has assisted and provided representation to a retailer against whom the Competition Council had imposed one of the highest fines applied in the context of the investigation (of over lei 24 million). Initially, the Bucharest Court of Appeals dismissed the claim filed by the company, seeking the annulment of the fine, and upheld the sanctioning decision.

The NNDKP team that provided assistance and representation in this complex case was coordinated by Sorina Olaru, Partner in the Dispute Resolution practice, and Georgeta Dinu, Partner and Head of the Competition practice, and included Daniela Savin, Managing Associate, and Răzvan Banța, Associate, members of the Dispute Resolution practice, and Anca Diaconu (Pascu), Partner in the Competition practice. The project is a new example of the efficient collaboration between NNDKP’s litigation and consultancy practices, due to the involvement of a highly specialized multidisciplinary team with extensive experience in litigation arising from competition law issues.

”After a difficult process that lasted for seven years, which entailed both notifying the Constitutional Court and obtaining a decision from the European Court of Justice, the dispute was resolved by a final decision rendered in favor of the retail chain. The decision is all the more valuable due to the fact that it is among the first final decisions ordering the annulment of a sanction imposed by the Competition Council in the context of the aforementioned investigation. We are pleased to have had the opportunity to bring our contribution to the resolution of a new dispute that helps to create a benchmark for the Romanian jurisprudence. We would like to thank our client for this opportunity! At the same time, I want to congratulate the entire NNDKP team involved in the project!”, said Sorina Olaru.

NNDKP’s Dispute Resolution Practice coordinated by Ana Diculescu-Șova is independently recognized as a force in the area of arbitration, litigation and dispute resolution, being constantly highly ranked by reputed international guides such as Chambers and Partners, since 2007, and The European Legal 500 guide, since 2002. With 9 Partners coordinating a team of over 40 litigators active in Bucharest and in the other regional offices, NNDKP has the necessary resources to handle complex cases, which include several parties or extend over many years, and can offer sustainable strategies in order to mitigate potential future risks.