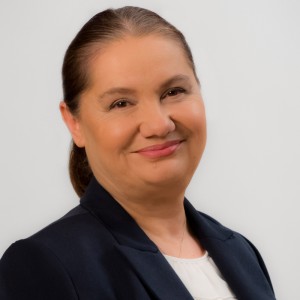 Ana Diculescu-Sova heads the firm’s Dispute Resolution practice and has an impressive career, with over 50,000 representations before national and international courts and arbitration panels. Her expertise covers:

Included in international rankings since 2007; most recently:

One client describes her as the “best litigation lawyer in Romania.”
(Chambers and Partners, 2020)

One source remarks “Diculescu-Şova always speaks really well in court,” adding that “every pleading is like a law lesson.”
(Chambers and Partners, 2019)

Ana Diculescu-Sova maintains her reputation as a leading figure in Romanian dispute resolution and is described as “a guru of her generation” by market commentators.
(Chambers and Partners, 2016)