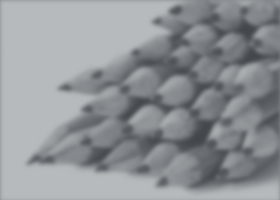 CJEU guidance in merger cases: qualification of a measure as gun-jumping requires contribution to a lasting change in control of the target (CJEU preliminary ruling of 31 May 2018 in C-633/16 E&Y)

How to strike the right balance between (i) the business need to take preparatory steps in view of integrating the target in M&A deals and (ii) the legal requirement to comply with the standstill obligation under merger control rules?

Ernst & Young and KPMG Denmark entered into a merger agreement, transaction which required merger clearance by the Danish competition authority. The parties had under Danish law (as it is also the case in most of the EU Member States) a standstill obligation (obligation not to implement the merger prior to clearance).

KPMG International publicly announced its intention to maintain a presence on the Danish market and, even though termination of the cooperation agreement was not yet effective, already established a new auditing business in Denmark; several of KPMG Denmark clients decided to change auditors, choosing to use either KPMG International or other operators.

After clearing the merger, the Danish Competition Authority found that giving notice to terminate the cooperation agreement amounted to implementation of the transaction prior to approval (gun jumping), in violation of the standstill obligation.

In deciding so, the Danish Competition Authority took into account that the termination was merger-specific (without the merger, KPMG Denmark would not have terminated the cooperation agreement), irreversible (it could no longer be invalidated, the more that KPMG International immediately established a new auditing business in Denmark) and likely to have market effects prior to clearance of the merger (had the transaction not been cleared, KPMG Denmark presence on the Denmark market would have been uncertain).

EY appealed the decision before the Danish courts, which referred the case to the CJEU for a preliminary ruling.

CJEU held that serving notice to terminate the cooperation agreement did not constitute gun-jumping, since it did not contribute to a lasting change of control of the target undertaking.

The following guidelines on gun jumping result from the CJEU assessment:

As to the termination of the cooperation agreement object of the main proceedings, the Court held that:

CJEU’s ruling was widely welcomed, especially in light of the European Commission’s stricter views that partial implementation may arise in respect of preparatory steps in the course of a procedure leading to a change of control (as resulting from the Advocate General Opinion).

The judgment also comes against a background in which fines have constantly been imposed for the buyer’s involvement in the target’s business before clearance of a transaction, including the recent decision by which the European Commission imposed a fine of €124.5 million on Altice, finding that Altice obtained certain veto rights over decisions concerning PT Portugal’s ordinary business and in certain cases exercised decisive influence, giving instructions on carrying out marketing campaigns and receiving commercially sensitive information outside the framework of any confidentiality agreement prior to the closing of the acquisition of PT Portugal.

It is worth noting, first, that even if the termination notice was served in accordance with the merger agreement (para. 14 of the judgment), the criterion for the Court’s analysis was whether the actual (serving of) termination of the cooperation agreement granted control. The Court thus determined that the termination of the cooperation agreement (which concerned only one of the merging parties and a third party) did not grant EY the possibility of exercising any influence on KPMG Denmark, which remained independent after termination.

Second, given that the Court assessment was made against the background of no indication as to the circumstances in which a concentration is deemed to be implemented in the EU Merger Regulation whose interpretation was sought, the category of actions falling within those contributing in whole or in part, in fact or in law, to the change of control could still be nuanced in cases before national competition authorities. This would depend on specific national provisions, where they did not adopt the same approach as under EU Law (which would render EU rules applicable, and would require an uniform interpretation).

When ruling on the Court’s jurisdiction to hear and determine the request for a preliminary ruling, CJEU begins with echoing its previous case-law on jurisdiction. It briefly recalls the interest of the European Union that provisions or concepts taken from EU law are interpreted uniformly, even where the facts in the main proceedings were outside the direct scope of EU law. This is the case where those provisions had been rendered applicable by domestic law, which adopted the same approach as under EU law (C‑297/88 and C‑197/89 Dzodzi and resulting line of case law).

The situation in EY however was different from previous instances in which the Court ruled it has jurisdiction, as the Danish law neither did it directly refer (as in C-280/06 ETI) to the provisions of EU law whose interpretation was sought, nor did it exactly reproduce (as in C-32/11, Allianz Hungaria) the provisions of the EU Merger Regulation.

The Court then takes a step further in order to rule it has jurisdiction, by noting that the intention to harmonize national merger control legislation with EU rules results from the travaux préparatoires of the Danish legislation, and that national provisions were in essence based on the EU Merger Regulation (the prohibition in the national law of implementation prior to clearance being essentially identical with the one in the EU Regulation).

EY could in this context be viewed as an evolution as compared to Allianz Hungaria, since in the latter case, not only did it result from the preamble and the explanatory memorandum that the Hungarian legislature sought to harmonize domestic competition law with that of the European Union, but the national provisions were also a faithful reproduction of the Treaty. In EY, the Court relies on the harmonization intention and on the essentially identical national provisions, after noting however that, unlike in Allianz Hungaria, Danish law did not exactly reproduce EU provisions.

While CJEU ruling provides useful guidance on gun jumping, companies need to carefully apply merger control rules to all their specific actions when structuring M&A transactions, in order to avoid breaching the standstill obligation (by reference to the specific facts of the case). Companies also need to have in mind that, in addition, Article 101 of the Treaty/ its national equivalent provisions prohibiting anticompetitive agreements continue to apply to pre-merger coordination not caught by the suspension obligation.